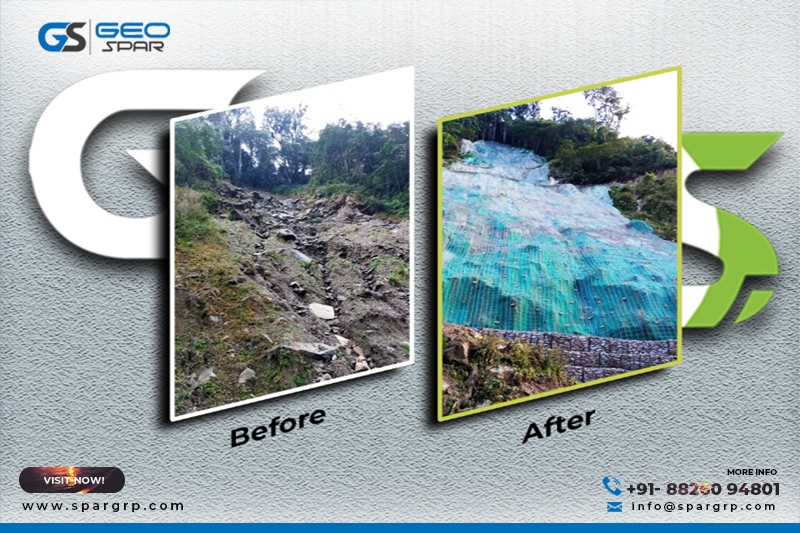 In recent years disasters caused by landslides and floods have become a regular news in India. The speed of these landslides have increased significantly in last 2 decades. The heavy rains in hilly areas are causing a lots of damage to human lives and livestock in addition to the adverse effect on the natural habitats nearby and overall road infrastructure developed in the area.

In this year itself, at least 40 people have died and many more are missing in flash floods triggered by intense monsoon rains in northern India. The rains inundated hundreds of villages, swept away mud houses, flooded roads and destroyed bridges in some parts of Himachal Pradesh and Uttarakhand states.

Many areas remain inaccessible due to damage to roads, bridges and railways. Sometimes, the people living in the affected areas are completed disconnected and its affects their daily life badly.

Did you know why landslide happens?

A landslide is a movement of a mass of rock, debris, or earth down a slope. Landslides are a type of “mass wasting,” which denotes any down-slope movement of soil and rock under the direct influence of gravity. The term “landslide” encompasses five modes of slope movement: falls, topples, slides, spreads, and flows. These are further subdivided by the type of geologic material (bedrock, debris, or earth). Debris flows (commonly referred to as mudflows or mudslides) and rock falls are examples of common landslide types.

Can we avoid landslides?

There are multiple ways which can help us in saving these big life threatening disasters. Yes you heard it right. Apart from planting trees in the hilly slopes, there are various technical methods available for preventing landslides; these include modifying slope geometry, using chemical agents to reinforce slope material, installing structures such as piles and retaining walls, grouting rock joints and fissures, diverting debris pathways, and rerouting surface and underwater drainage.

Who does it in India?

We Spar Geo Infra is a specialized Geo-Engineering Company with over 30 years of experience in designing and executing complex Geotechnical and Civil Engineering Projects Pan India. Spar Geo is a pioneer in building substructures and slope stabilization. We have an experienced & dynamic team that drives us passionately towards our goal. We also have global associations with various geo tech system providers. Our commitment and sincerity in defining quality are what sets us apart and makes us one of our clients’ first choice companies. We have extensive plans for Geotechnical works in Slope Stabilization, Foundation Engineering, Hydropower Projects, and Tunneling.